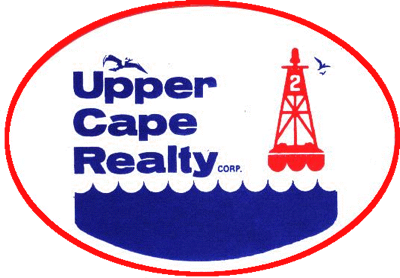 Houston, we have a problem! Call the engineers!

If you’ve spent any time watching popular fixer-upper or remodeling shows lately, you've experienced the drama of suddenly discovering that the most critical aspect of your open floor plan is actually a load-bearing wall.

Stop the cameras! Hold everything! Call the engineer!

The engineer? Why do you need to call an engineer?

To you, and most homeowners (and potential homeowners) removing a wall that's in the way seems like a simple thing. In fact, it appears so prevalent in most on-screen renovations that it's an expected and accepted part of most designs. Then, you remember those instances where demolition began with tearing out cabinets and kicking in the drywall only to hear that "Uh-oh! Houston, we have a problem! Call the engineers!”

Leave the drama for your Momma!

All homes have load-bearing walls. Load-bearing means that it carries and distributes the weight of what is above it and resting on it. The home's designers should have engineered these walls to carry the load safely. So, if you have a roof, the walls holding up the roof are load-bearing. If you have a second floor, a stairwell, a basement … you have extra load-bearing walls. While it seems as if they are always surprised on those television shows, most of that is for dramatic effect. After all, television is entertainment, not real life.

When it comes to your home, learn how to identify load-bearing walls before you take the sledgehammer to them. You don’t want that house to come tumbling down around your ears (or on top of your head), or the roof to cave in. If you follow these pointers and you’re still uncertain if your wall is structurally necessary, call a structural engineer for advice.

Understand that most exterior walls are load-bearing. Even if they don't hold anything else up, they hold the roof up. If your home was remodeled in the past so that an outside wall became an inside wall, it remains a load-bearing wall.

Look for beams or joists. These may be wood or metal and run the length or width of your home. You will find them under the floor and above the highest ceiling (in the attic). They are also in-between floors, but more difficult to see. If beams or joists span across a wall, that wall is bearing the load of the beam or joist. Do not remove it. Unless the room is unfinished, drywall or other wallboard or paneling covers most interior load-bearing walls making it difficult to find them.

If beams or joists are perpendicular to a wall, that means they use the walls to transfer the weight of the floor above (a second floor or attic, for example).

The walls you may safely remove are non-load-bearing. Often, referred to as “curtain walls,” their purpose is to divide rooms and create the floor plan around the load-bearing ones.

If you are unable to see the beams or joists, refer to structural plans filed with your municipality's building department. If those aren't available ... call the engineer!